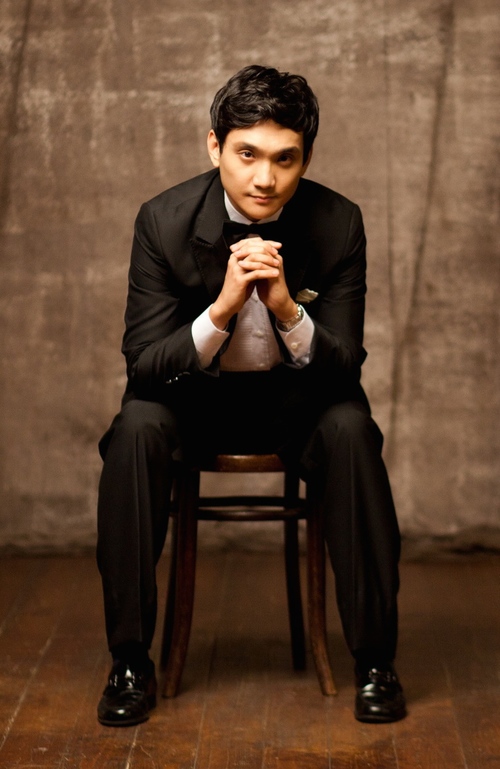 An avid chamber musician, Kim has been invited to OK Mozart, Norfolk, Osaka, and South Korea’s ISCM Pan Music festivals, working with members of the Chamber Music Society of Lincoln Center, Tokyo, Artis, Brentano and Hayden string quartets. Kim is a founding member of enhakē, the award-winning clarinet-violin-cello-piano quartet in its 10th season and praised for its “rock solid rhythmic integrity” as well as “strength in balance, intonation, and musicality” (The New York Concert Review). With the group, Kim has toured throughout the world, most notably at NYC’s Weill Recital Hall, Osaka’s Izumi Hall, Seoul Arts Center, International ClarinetFest, and the Promising Artists of the 21st Century Series in Costa Rica under the auspices of the US Department of State. His latest CD with enhakē entitled Prepárense: The Piazzolla Project on MSR has been described as “positively delightful…[t]he sense of ensemble is near-miraculous” (Fanfare) and received high praises from Gramophone: “The playing throughout is sublime…The intensity is real, the sounds gorgeous, the rhythm infectious…this version strides proudly alongside the legendary recording by Piazzolla himself.” Kim regularly collaborates with renowned composers such as Eric Ewazen, Libby Larsen, Peter Lieuwen, Steve Reich, Peter Schickele and Ellen Zwilich, commissioning, premiering or recording their new works.

Kim’s notable engagements from recent past include a nationally broadcasted performance of Mozart’s Clarinet Concerto on basset clarinet with Seungnam Philharmonic Orchestra in South Korea (the first Korean clarinetist to do so), the world premiere performance of Steve Landis’s Thronateeska Concerto with enhakē and Albany Symphony Orchestra, the world premiere performance of Peter Lieuwen’s Bright River for Clarinet and Piano in Washington D.C. and London (European premiere), lectures and recitals at International ClarinetFests (Baton Rouge, Madrid, and Orlando), ongoing collaboration with Mirus Trio on Olivier Messiaen’s Quartet for the End of Time, including a performance at the Seoul Arts Center’s IBK Hall, and “Tokyo to New York” Series at Bargemusic NYC. He was also featured in performances of Brahms Clarinet Trio and Quintet with Cleveland Orchestra’s principal cellist Mark Kosower and the Grammy-winning Parker Quartet, the resident quartet at Harvard University.

Kim joined the music faculty at the University of Oregon School of Music as Assistant Professor of Clarinet in 2017. Prior to his appointment at UO, Kim served as Associate Professor of Clarinet at Tennessee Tech University (2012-2017), where he received numerous faculty awards. He is regularly invited as a guest artist and teacher at world’s renowned institutions, including the Juilliard School, Manhattan School of Music, San Francisco Conservatory of Music, Harvard College, and many universities and conservatories throughout the US, Latin America, Europe, and Asia. Kim’s students have excelled in state and national competitions and received prestigious scholarships to many universities and summer festivals. Kim is a College Music Society Ambassador to Korea and regularly invited as a guest professor in Korean universities and conservatories.

A native of South Korea, Dr. Wonkak Kim grew up in Seoul and Paris and moved to the United States at the age of 15. The same year, he began studying clarinet with Kenneth Lee, a disciple of the legendary pedagogue Leon Russianoff. Kim subsequently attended the University of North Carolina at Chapel Hill on a distinguished scholarship, where he studied clarinet with Donald Oehler and received degrees in Mathematics (BA) and Music (BM). He continued his graduate studies with Dr. Frank Kowalsky, earning MM and DM degrees at Florida State University. In 2014, Kim was inducted into FSU’s Thirty Under 30 and became the College of Music’s sole recipient of Governor Reubin O’D. Askew Young Alumni Award, “the highest honor bestowed upon its young alumni” (FSU Alumni Association).