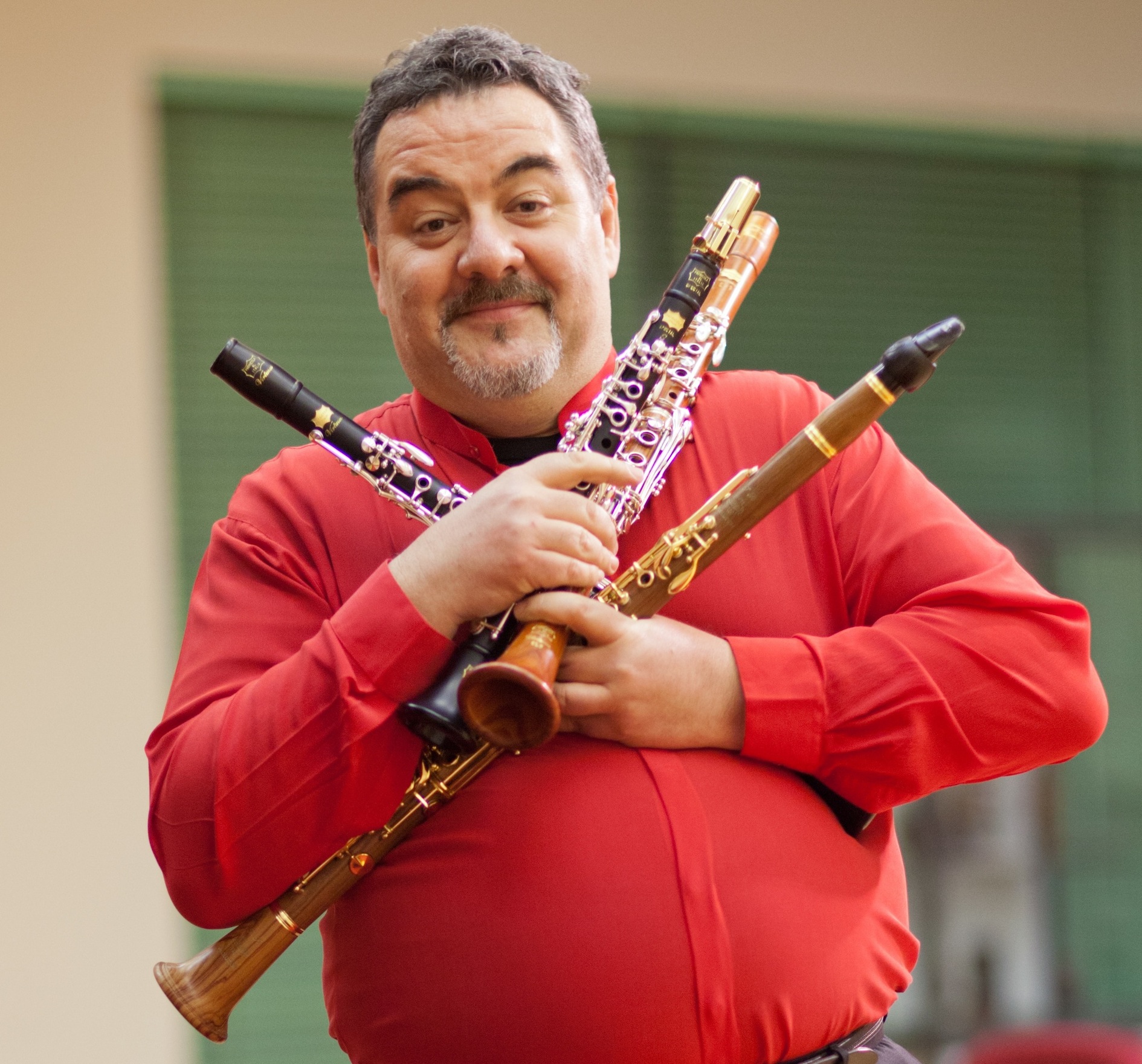 "...one of the greatest clarinetist, concert generous, outstanding talent..." so the critical speaks about Piero Vincenti. He was educated at the school of Ciro Scarponi, He is also dedicated to the study of piano and composition. Appeared in public very young with very challenging recitals, showing a lot of first performances, many dedicated to himself.

Welcomed everywhere with entusiastic support of public and critical, he was marked by his innate instrumental ductility. He can plays all the clarinet family: from to the small mib, to the basset horn, until bass clarinet and contrabass, also all in the same concert. Landa Ketoff (La Repubblica) writes: "Piero Vincenti on contrabbass clarinet, creates amazing effects.." Paolo Savio (La cronaca di Verona) "All family of clarinets entrusted to Piero Vincenti's charms". Many important, him cooperations with composers of size as: L. Berio, S. Bussotti, F. Donatoni, J. Francaix, G. Petrassi, S. Sciarrino, who situated hin among the most refined interpreters of the modern and contemporary music repertoire, and not only, also in international concert view.

Very appreciated by the international critic too, "..persuasive the intimate shadows of the clarinet...the clarinet voice, filled with arabesques, trills, the effects of echo, blooms and expressed in a virtuous way..." Frankfurter Allgemeine Zeitung "In the clarinetist Piero Vincenti, we admired morbidity of sounds, sensibility of interpretations, the absolut mastery of the instrument, in the whole extenction with a moderation of gestures sometimes imperceptible as if they were nuanced caresses." (Lugano Magazine)

He founded Italian Clarinet Choir, the natural evolution of Clarinett Ensemble of Ciro Scarponi, born in 1980, where he parteciped like small mib and clarinet solist, ageding a thirty years of experience in the clarinet choir. He collaborated with famous artists like: A.Stewart, L.Bates, P.Camicia, B.Canino, M.Damerini, D.Ferschtman, M.Flaksman, G.Garbarino, W.Grimmer, W.Meyer, T.Indermuhle, K.Leister, A.Persichilli, G.Proietti, G.Ravazzi, L.Vignali, etc.. He has collaborated like a solist, with many orchestras, in Italy. Europe and South America. He realized radio - television recordings for RAI, Radio-France, Radio-Espana, BBC, Sudwestfunk e Radio-Cecoslovacca and records for Ricordi, Fonit-Cetra, EdiPan and Quadrivium. His soloist's activity is accompanied with success, since a lot of years, by the other activity of the Orchestra Conductor. He's member of jury in the various National and International Concourses.

He's a clarinet teacher at the State Conservatory of Music "B. Maderna" of Cesena.

He participated in many ClarinetFest, (2011-Los Angeles, 2012-Lincoln) performing pieces by E. Cavallini, and A. Magnani in a duo with the pianist Marsida Koni and being part of the jury of the International Competition for young clarinetists ICA.

He is President of the Accademia Italiana del Clarinetto, host on 2013 of the ClarineFest in Assisi (Italy).