The 2006 Summer is almost half over with several listed Clarinet events having taken place and more coming.

As information becomes available, summaries are posted on the WKA News Pages to alert players about the events

and opportunities.  During the spring, outreaches through clinician tours by various instrument firms such as

involvement and support of programs.

This year I arrived a day early and presented two workshops for the children of Eagle and Gypsum,

Colorado. There were over 100 students and parents from all over Colorado for the events titled

"Learn to Play the Clarinet." Everyone got a chance to play a real clarinet and learn the many

sounds it can make. I had a great time and the kids were wonderful. I signed a poster for each

student as they left.

Special thanks to Liz Campbell from the Bravo Festival for organizing the events!

In the past week, the WKA Membership application page became active and updated, with new features on the

organization site that will bring more interest and participation.  Every interested clarinetist, and even non players, are

invited to join and be part of this expanding clarinet community.  Past members are encouraged to update their information

including e-mail addresses so they can keep informed.  Promotional items and more services will be available

as soon as the LLC corporate status is active.  Given the true International reach of WKA, musical and other events

reach everyone, as the above photo gallery can show.  One situation as told by Berlin Klezmer Clarinetist Helmut Eisel

>Sorry, I have not the time to do an English Translation.
>Only the most important: I'm shocked about the bombs on Safed, two
>days after we finished the last performance there. Unthinkable what
>might be happen to be attacked during the Festival.
>And I hope, there will be more music and less violence between humans!
>
>All the best
>Helmut

Hopefully the above message will touch players and hope solutions to make things positive can happen.

As the summer is coming to a close within the month, it is useful to reflect on the many successful programs

completed.  A foremost event held each year in various places and just completed was the ICA ClarinetFest  just

held in Atlanta, Georgia USA.  A value of such an extensive showcase festival is the diversity of artists and programs

and the chance to meet with these stars and inspirations.  Many players of all levels unite annually to keep touch

the clarinet.  Everyone should make their move to participate. This festival gathered over 1200 participants with so much

to do that there was not enough time to be everywhere.  Along with workshop festivals held in many other places, the

summer should be an extension of study and the exploration for more musical experiences. The next ClarinetFest will be 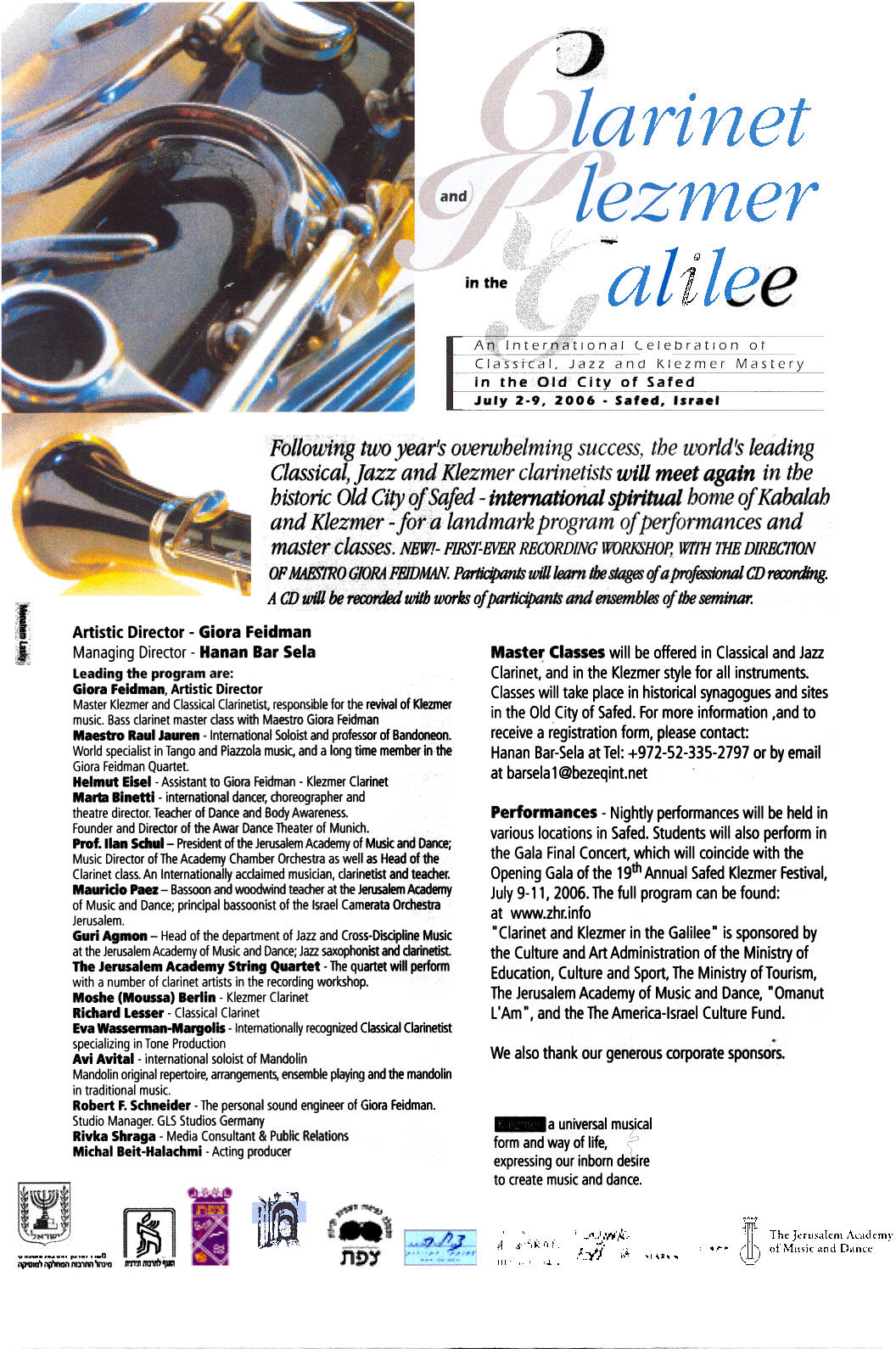 Brevard Music Center, North Carolina
July 14-16, 2006
What do you want to BCOME?
The Challenge:  95% of  current  music  graduates do  NOT  find  gainful employment in music.
The Solution: Forge your own career path in music!
The Brevard Conference on Music Entrepreneurship (www.BCOME.org ) explores exciting career tracks beyond the
traditional job pathways. Workshops, lectures and instruction will help you envision and forge a musical career as a
music entrepreneur. The three-day conference offers unique tracks specifically tailored for performers, college faculty
and music industry professionals.
The Brevard Music Center is a summer institute and festival located in the beautiful Blue Ridge Mountains of Western

performers and enjoy a variety of activities on the stunning 140-acre campus. 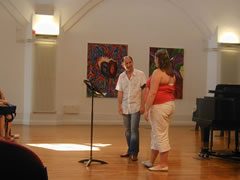 We are delighted to announce that Phillipe Cuper  (Premier Soloist with the Orchestra of Paris Opera) will be our guest tutor this year.

He will join the regular team of Leslie Craven (Principal Clarinet, Welsh National Opera) and Andrew Roberts, the course director.

The fee for the course will be £349 residential (or £199 for the non-residential) students on the advanced course.

Building on the success of the first Intermediate course last summer, Janet Crossley will again lead the students from Grade 4-7

standard, assisted by tutors from the Advanced course.

The venue is the splendid setting of the Music Department at Liverpool Hope University at Everton, England, this is just minutes

walk from the thriving Liverpool City Centre – which will be the European Capital of Culture in 2008. 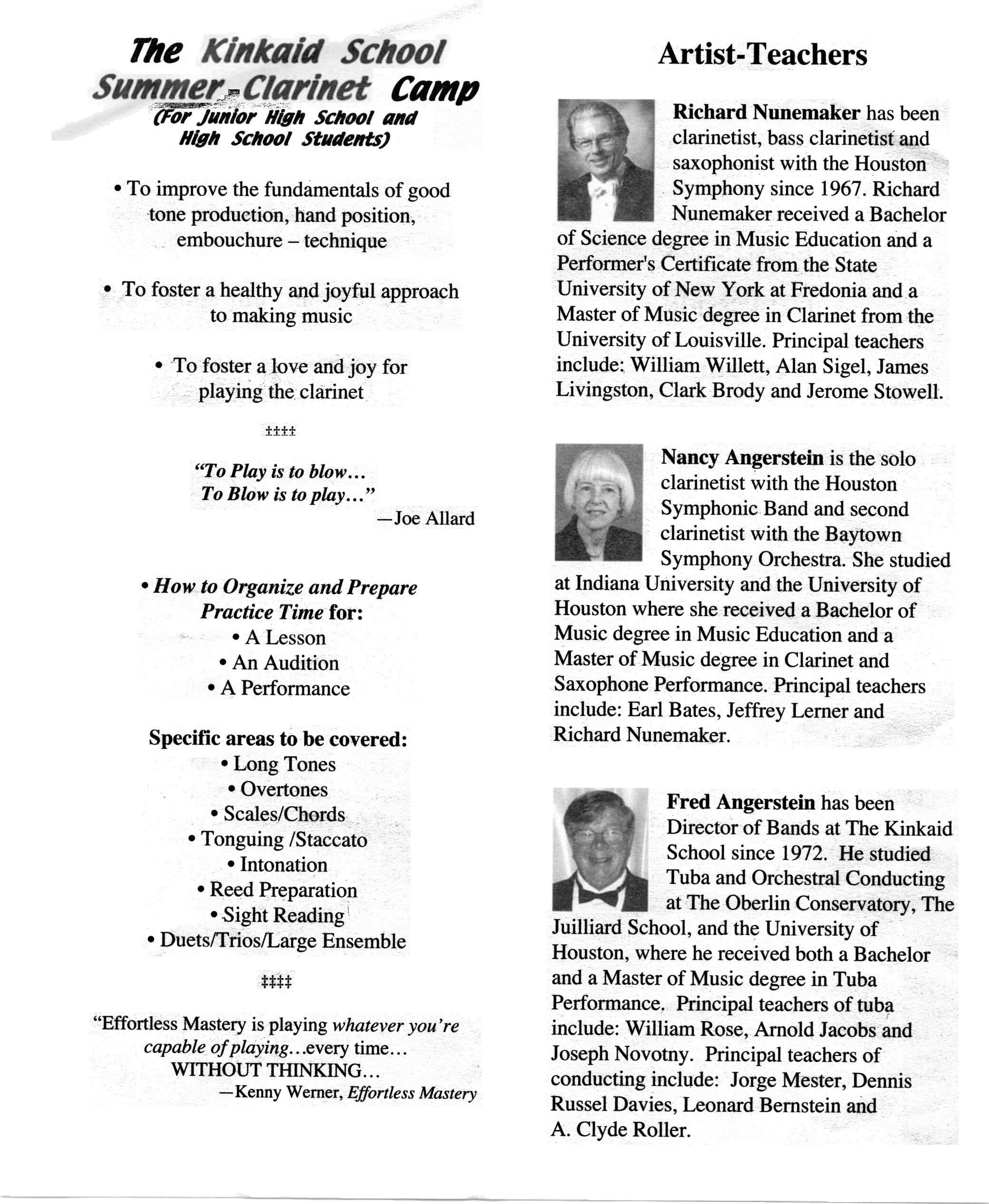 Summer Session 2006 at the Eastman School of Music 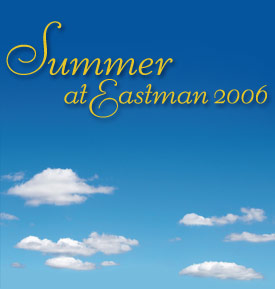 Charles Neidich (U.S.A.) Hailed by the New Yorker as “a master of his instrument and beyond a

clarinetist”, Charles Neidich has been described as one of the most mesmerizing musicians performing

before the public today. He regularly appears as soloist and as collaborator in chamber music programs

the United States, and is a sought after participant at many summer festivals such as the Marlboro and Sarasota festivals in

the USA, the Orford and Domaines Forget festivals in Canada, BBC Proms in England, Festival Consonances and Pontivy

the Apeldoorn Festival in Holland, Music from Moritzburg in Germany, the Kirishima and Lilia summer festivals in Japan,

and the Beijing Festival in China. When Charles Neidich began studying clarinet with his father, Irving Neidich at the

age of 7, he had already started piano lessons with his mother, Litsa Gania Neidich. He continued studying both instruments,

but the clarinet gradually won out, and he went at the age of 17 to continue studying with the noted clarinet teacher, Leon

Russianoff. After 4 years at Yale University where he majored in Anthropology, Charles Neidich went to the Moscow State

Conservatory as the first recipient of a Fulbright grant to study in the Soviet Union. He studied in Moscow for 3 years

as a student of the clarinetist, Boris Dikov, and the pianist, Kirill Vinogradov. Known as a leading exponent of period

instrument performance practice (he is the founder of the noted period instrument wind ensemble, “Mozzafiato”.)

Charles Neidich was one of the first soloists to improvise cadenzas and ornament classical concertos. He has performed

his restoration of the Mozart Concerto throughout the world both on modern and period instruments. Mr. Neidich has

been influential in restoring original versions of works and bringing them before the public. A list of the clarinet classics

he has restored to their original form includes works as diverse as the previously mentioned Mozart Concerto, Concerti

of Weber and Copland, the Soireest cke of Robert Schumann and the Andante and Allegro of Ernest Chausson. Mr.

Neidich is also an ardent exponent of new music and has premiered works by Milton Babbitt, Elliott Carter, Edison

and others. He has championed John Corigliano's Concerto, performing it throughout the United States notably

with the Syracuse and Jacksonville Symphonies in performances many have called definitive. His recordings are

For Aaron Copland's centennial, he released the world premiere recording of his reconstruction of the original

version of Copland's Clarinet Concerto with “I Musici di Montreal” for the Chandos label. Mr. Neidich has turned

his attention in a serious way to conducting, and has appeared with the Avanti chamber Orchestra, Tapiola Sinfonietta,

Helsinki, at the B??stad Festival in Sweden, the Kirishima Festival in Japan, with the New World and the San Diego

Symphonies (in a triple role of conductor, soloist, and composer), and in Bulgaria with the Plovdiv State Philharmonic.

Very active in education, Charles Neidich is on the faculties of the Juilliard School, Queens College of the City

University of New York, the Manhattan School, and the Mannes College of Music, and has held visiting positions at

the Sibelius Academy in Finland, the Yale School of Music, and Michigan State University. He is in demand for master

classes around the world and for innovative lecture concerts he has devised such as "Old is New: how playing old music

on period instruments is like playing new music on modern instruments," and "Craft and Drama: how understanding

how Brahms composed makes for a more compelling performance." With his wife, Ayako Oshima, he has published a

book on the basics of clarinet technique for the Japanese publisher, TOA Ongaku inc. Last Spring, Charles Neidich was

the recipient of the William Schuman Award given by the Juilliard School for outstanding performance and scholarship.

Ayako Oshiam (Japan) Ayako Oshima, the winner of numerous international competitions, is one of

concerto appearances with orchestra. Festivals in which she has participated include the Sarasota Summer

Music festival in Florida, the Festival Consonances in France, and in Japan the Mt. Fuji and the

Quartet. ln addition to her performing career, Ayako Oshima maintains a high profile as a teacher and is on the faculties

of the Juilliard School and the State University of New York at Purchase. She has kept her connection with the Toho

School and gives regular master classes there. She has also served on the juries of both the Japan Music Competition

and the Japan Winds and Percussion International Competitions. With her husband, Charles Neidich, she has written

a book on the basics of clarinet technique for the publisher, Toa Ongaku Inc.

participated as a fellow at Tanglewood Music Center and National Repertory Orchestra. Mr. Kim has also appeared in

many prestigious concert halls including Konzert Haus in Berlin, Concertgebouw Hall in Amsterdam, Musikverein in

Center in Korea. Mr. Kim made his New York debut at Carnegie Weill Recital Hall as a winner of the Artists International

Auditions, and as a chamber musician, was invited to perform at Chamber Music Northwest in Portland, Oregon, Summer

with such groups as Bargemusic, the Bachanalia Chamber Series, the Transfiguration Ensemble, Trio Alpha, and the

Manhattan School of Music where he earned a master’s degree. He also holds a bachelor’s degree from Seoul National

classes at Portland State University, chamber music faculty at Summer Trios in Chambersburg, and the Korean

Clarinet Festival. His recording can be heard on Sony Classical.

Naoko Oshima (Japan) Naoko Oshima is one of the most active chamber musician in Japan. At age of 14,

she studied with Yvonne Loriod at the ?cole Normal in Paris. She has toured France several times

with the French Violinist-Conductor Jean-Jacques Kantorow, and has performed with his trio, the

Ludwig trio, in concert in Japan , and on NHK broadcasts. Since 1985, Naoko Oshima has performed

regularly with her sister, clarinetist, Ayako Oshima . They have performed together in the United States, at the

Bowdoin Summer Music Festival, in Belgrade former Yugoslavia as well as throughout Japan, and have had frequent

appearances on Japanese radio and television. Since 1992, Naoko oshima has been the official accompanist at Summer

Teru Kurato (Japan) Mr.Kurato is a one of most active chamber musicians in Japan. After graduating

Tokyo National Art University. He earned his Master’s Degree from the Juilliard School in New York.

Mari Fujiwara throughout Japan, Malaysia, the Philippines, and Singapore, and has appeared on

NHK FM’s “Best of the Classics” series. Mr. Kurato is on the faculty of Miyagi University in Sendai and the Senzoku 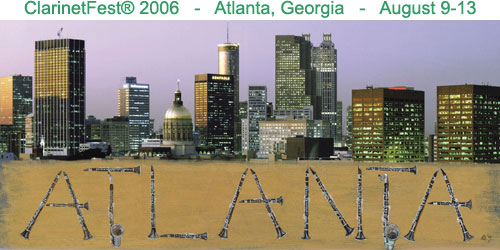 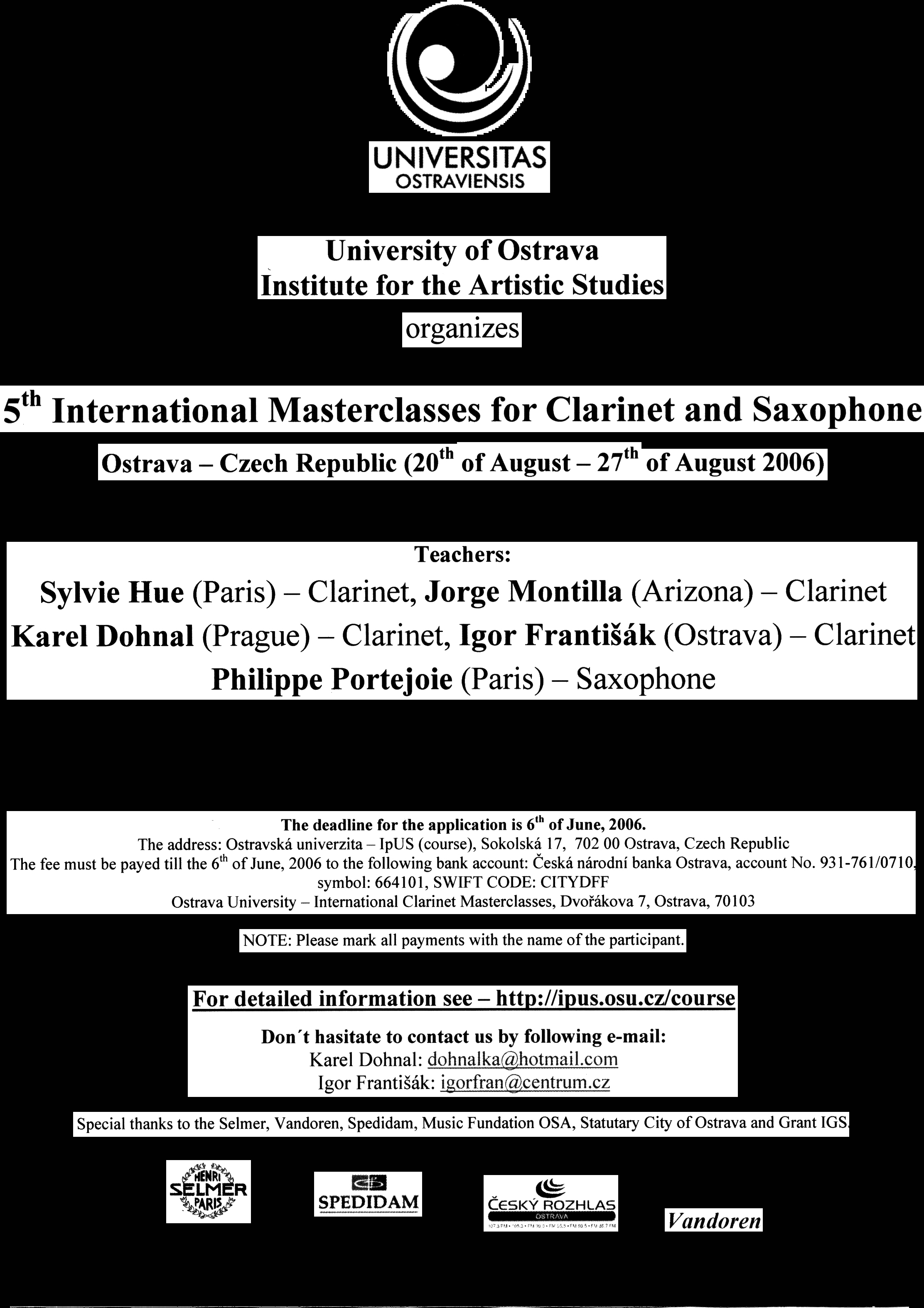