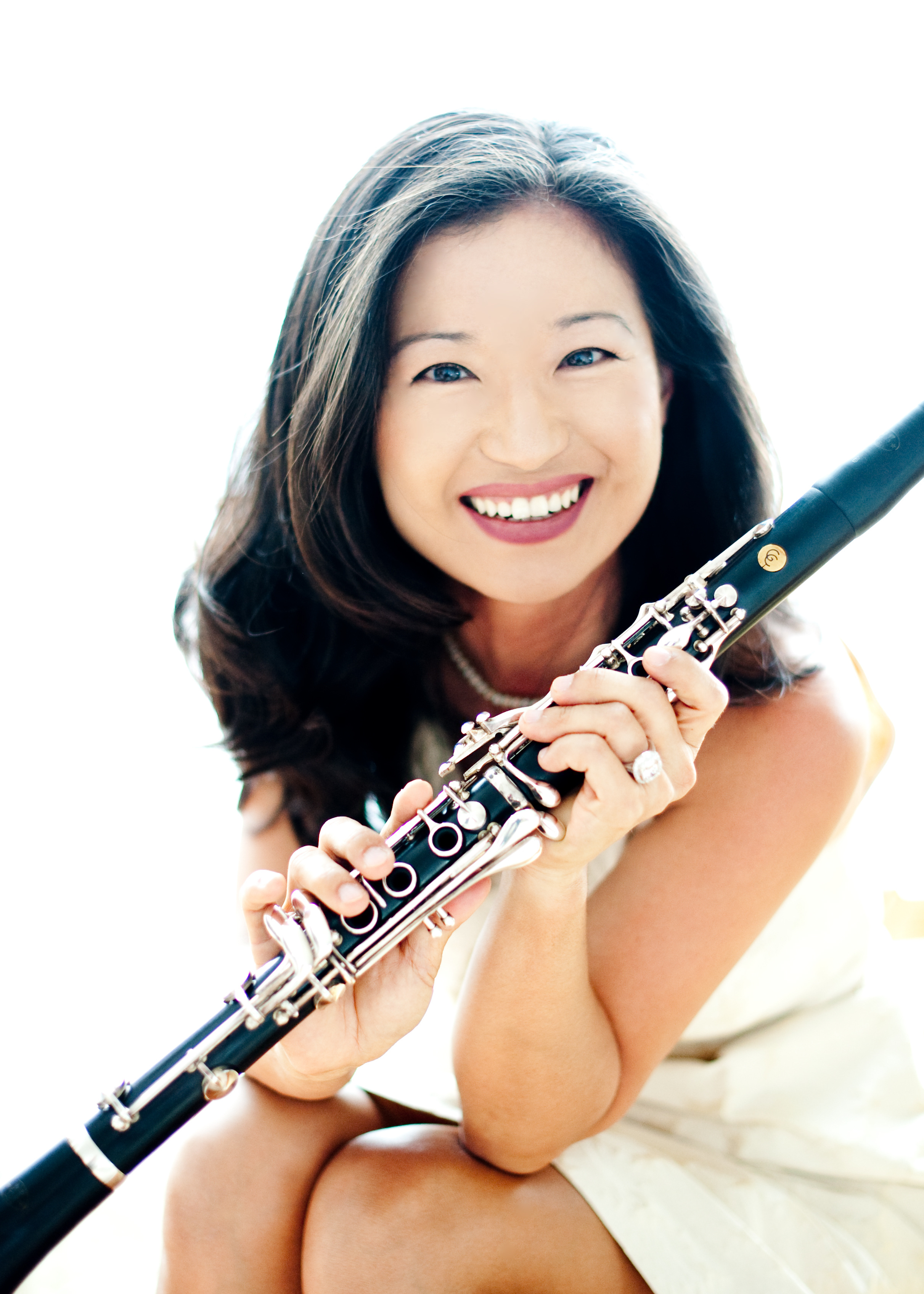 "Lee’s breath imparts a certain glow to the radiance of the sound that is partly magic and partly a very precise approach to tone and volume." Allmusic.com

Uncompromising in both talent and tenacity, Seunghee Lee has been applauded by classical music critics the world over for her expressive playing style, masterful technical skill and silky nuanced tone.

Praised as a "brilliant clarinetist" by Fanfare Magazine and "outstanding" by the Sarasota Herald-Tribune, Lee has brought her gifts to the stages of some of the prestigious venues, including the Chicago Cultural Center and the Powell Symphony Hall of Saint Louis. In 1990, Lee was selected as one of three American clarinetists to represent the United States for the American-Soviet Youth Orchestra World Tour, conducted by Leonard Slatkin and with Joshua Bell as the soloist. Lee also completed an extensive concert tour of Japan upon her graduation from Eastman as part of the Eastman Wind Ensemble, led by Donald Hunsberger and Mark Scatterday.

As a soloist, Lee has performed with the Saint Louis Symphony, the Metropolitan Symphony of Minneapolis, the Music Academy of the West Philharmonic, the Woodstock Wind Ensemble, the Jupiter Symphony of New York, the Yale Philharmonia, and served as a Principal Clarinetist for the Bucheon Philharmonic Orchestra of South Korea from 1993–1995. Her collection of awards include first prize at the International Clarinet Association Competition; Co-winner of the Saint Louis Symphony Young Artist Competition with Rachel Barton (judged by Leonard Slatkin); and winner of the Music Academy of the West Concerto Competition, the Yale Woolsey Hall Concerto Competition, and the Yale Charles Ives Award.

Lee’s debut album Brava was produced by multi-Grammy award–winning producer Joanna Nickrenz, along with a legendary recording engineer, Marc Aubort of Elite Recordings, New York City and was released by Summit Records in 2000.  The album’s acclaim sent Lee to the list of the ‘Top 30 Classical Stars Under 30’, compiled by KDFC classical radio station in San Francisco.

After devoting her time in motherhood, Lee returned to recording and produced her second album and released it through Summit Records in 2011.  Lee’s second album entitled Embrace, introduces a fresh take on some of classical music’s most breathtaking pieces, showcasing the clarinet’s versatility with a range of surprising selection of compositions originally written for piano, strings and voice.  Loved by critics and listeners alike, Embrace soared up the HMV Classical Charts in Hong Kong to number 4.

With a compelling combination of sensitivity, skill and drive, Lee creates music that’s as technically perfect as it is exhilaratingly unrestrained. In her newest album Hidden Treasures, independently released through CD Baby in December 2013, Lee continues to venture into broadening the clarinet’s repertoire (for students, amateurs as well as seasoned professional) by selecting and recording some of the most stunning and heartwarming classical compositions and makes a brave leaps into arranging famous symphonic compositions and famous operatic arias, all of which work beautifully on the clarinet and piano.

At the 2013 International Clarinet Association’s Clarinet Fest in Italy’s beautiful city of Assisi, Lee premiered some of her own arrangements from Hidden Treasures including Brahms’ Poco Allegretto from Symphony No.3 as well as Chopin’s Nocturne in C Minor for clarinet and piano from Embrace.

Born in Seoul and raised in Chicago, Lee’s flair for the clarinet surfaced when she began studying with her father at the age of 12, winning her first concerto competition at age 16, performing the Mozart Clarinet Concerto. Lee received her Bachelor’s degree from the Eastman School of Music under the tutelage of Charles Neidich and Eli Eban, and was awarded a Master’s degree and Artist Diploma from the prestigious Yale School of Music as a full scholarship student of David Shifrin. Lee feels privileged to have been mentored by many great clarinetists of her time, including Peter Hadcock, Fred Ormand, George Silfies, Howard Klug, Laurie DeLuca, and John Bruce Yeh of the Chicago Symphony Orchestra.

In recent years, she’s piled the impulse for creativity and preciseness into another challenging interest – golf. From the moment she swung her first club at the picturesque Clearwater Bay Golf Course in Hong Kong, an instinctive aptitude for the game saw Lee, also known as Sunny Kang in the golf world, reach a single-figure handicap in just two years. Now calling golf her “second passion”, Lee has since won numerous trophies and tournaments, including the 2006 Clearwater Bay Amateur Open as well as the 2010 Ladies’ Club Championship. Being honored and privileged to serve as the Lady Captain of the prestigious Clearwater Bay Golf & Country Club from 2012-2014, Lee spoke at TEDx Hong Kong about the surprising similarities between golf and music, and the mental challenges of viewing both skills through the lens of a perfectionist.