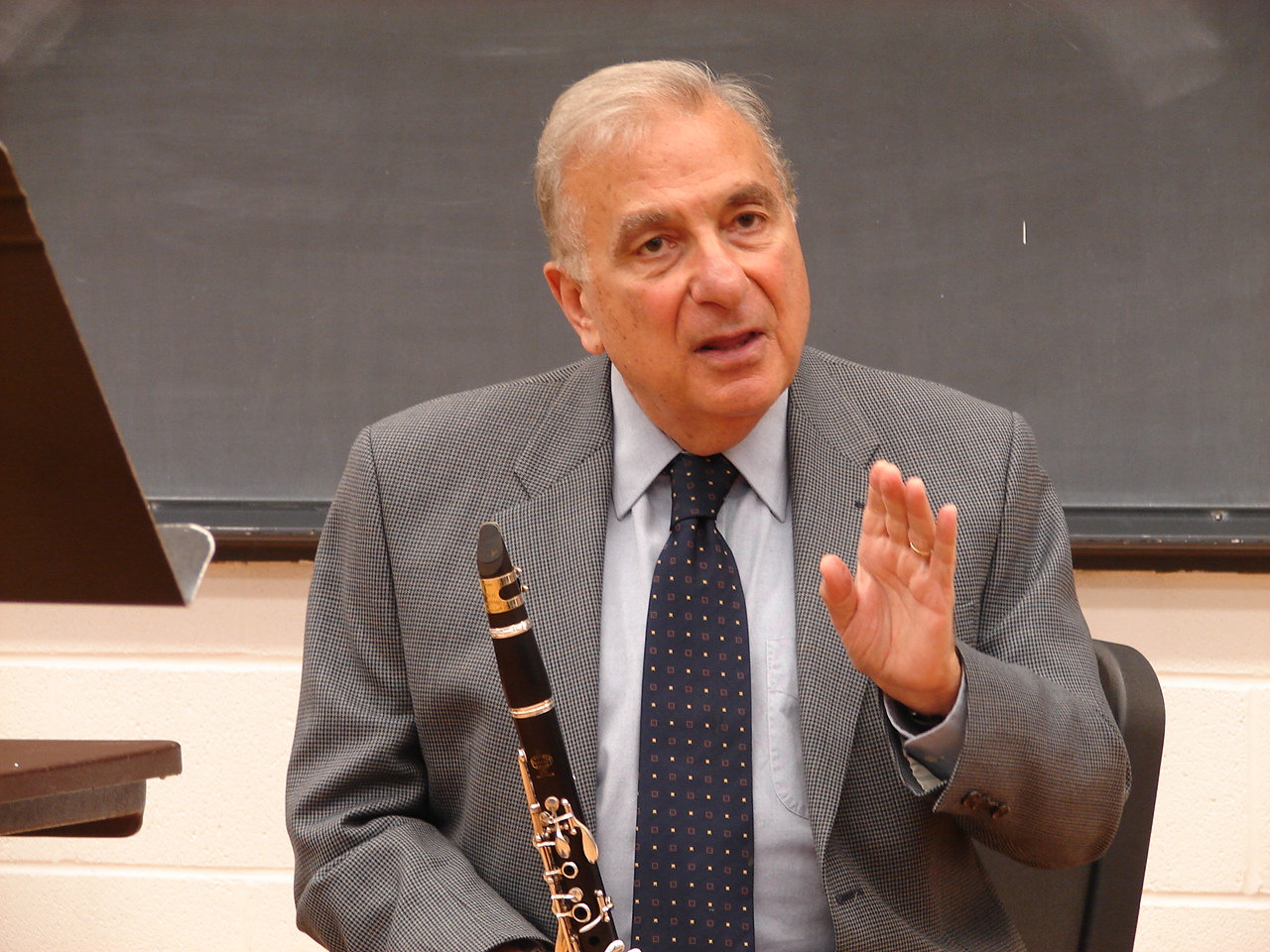 As a clarinet student at Curtis, Mr. Montanaro inherited a musical legacy from the school's first clarinet teacher, Daniel Bonade, and the first oboe and woodwind chamber music teacher, Marcel Tabuteau. After joining the faculty himself, he drew upon them to create a unique emphasis on sound quality and singing style. Curtis woodwind students have been inspired by his knowledge of the quintet repertoire and love of the medium for 34 years. A passionate collaborative musician, Mr. Montanaro is the music director of the Philadelphia Chamber Ensemble, a group he founded in 1971.

He was a member of the New Orleans Symphony before joining the Philadelphia Orchestra as associate principal clarinet in 1957, a position he held until 2005.

Mr. Montanaro has performed at the Marlboro and Casals festivals and toured Europe and the Far East as a soloist and in chamber music ensembles. He is a founder and the music director of the Philadelphia Chamber Ensemble.

A member of the Philadelphia Orchestra from 1957 to 2005 and a Curtis faculty member since 1980, his students can be found around the world, occupying important positions in Beijing, Dallas, Fort Worth, Los Angeles, Malmö, Mexico City, New York, Philadelphia, Pittsburgh, San Francisco, Seoul, and Toronto; as well as the Metropolitan Opera Orchestra.

Mr. Montanaro has toured Europe and the Far East performing as a soloist and in chamber music concerts. He has also performed in many Chamber Music Festivals, including the Marlboro and Casals Festivals. Mr. Montanaro is one of the founders of the Philadelphia Chamber Ensemble and has been its music director since its inception in 1977. He has released several chamber music recordings with Boston Records.

Aside from playing and teaching, Mr. Montanaro has helped the Vandoren Company to develop some of the most successful clarinet mouthpieces in the world. Don Montanaro is a Buffet Crampon USA Performing Artist.