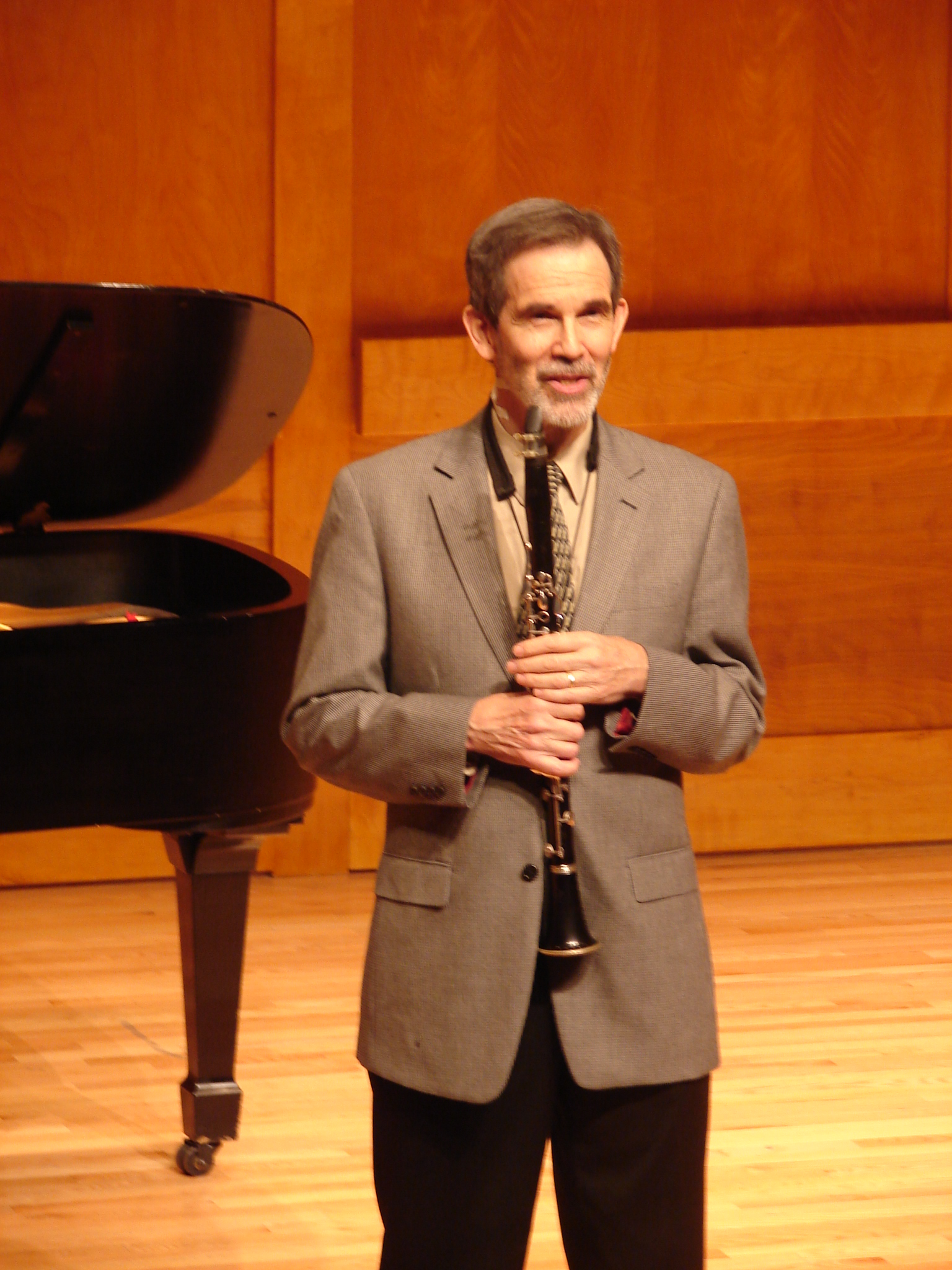 MICHAEL WEBSTER is Professor of Clarinet at Rice University's Shepherd School of Music and Artistic Director of the Houston Youth Symphony. Described by the Boston Globe as “a virtuoso of burgeoning prominence,” he has collaborated with the Chamber Music Society of Lincoln Center, the Tokyo, Cleveland, Muir, Ying, Leontóvych, and Chester String Quartets and Yo Yo Ma, among others. He has been associated with many of North America's finest festivals, including Marlboro, Santa Fe, Chamber Music West and Northwest, Norfolk, Angel Fire, Steamboat Springs, Sitka, Park City, Skaneateles, Stratford (Ontario), Maui, La Musica di Asola, Victoria (BC), and Domaine Forget (Quebec). As a soloist he has appeared with many orchestras, including the Philadelphia Orchestra with Aaron Copland and the Boston Pops with John Williams, and was for many years Aaron Copland's favorite interpreter of his Clarinet Concerto.

Webster's recital career began at Town Hall in 1968 with his eminent father, Beveridge Webster, as pianist. That same year he won Young Concert Artists' International Competition and became Principal Clarinetist of the Rochester Philharmonic Orchestra. Since then he has performed in all of New York City's major halls, across the United States, and in Canada, South America, Japan, Europe, Australia and New Zealand. He has appeared as guest artist at the 92nd Street “Y", Da Camera of Houston, and Context. High Fidelity/Musical America placed his CRI recording of American clarinet music on its Best Recordings list and Artists International selected him for its Distinguished Artist Award.

Webster has served as Acting Principal Clarinetist of the San Francisco Symphony, Music Director of the Society for Chamber Music in Rochester, Founder and Music Director of Chamber Music Ann Arbor, and Associate Professor of Clarinet at the Eastman School of Music, from which he earned three degrees. In 1988 he became a member of the conducting faculty at the New England Conservatory and taught clarinet both there and at Boston University. He has also taught at the San Francisco Conservatory, the Yale Summer School at Norfolk, Aria International Academy, the Boston University Tanglewood Institute, and the Johannesen International School of the Arts. He was Music Director of the Wellesley Symphony Orchestra, Assistant Conductor of the Asian Youth Orchestra under Yehudi Menuhin, and guest conducted several Boston-area orchestras before joining the University of Michigan faculty as Adjunct Professor of Conducting and Director of the Michigan Youth Symphony Orchestra in 1993.
Michael Webster, clarinet

With his wife, flutist Leone Buyse, and pianist Robert Moeling he plays in the Webster Trio, represented on Crystal Records by Tour de France, and World Wide Webster. With pianist Chizuko Sawa, the Webster Trio Japan has released Sonata Cho-Cho San on the Nami label. All of these discs feature Webster's trio arrangements which, along with his original compositions, are published by International Music Company, Schott, and G. Schirmer. Webster also appears on the Arabesque, Bridge, Centaur, and CRI labels. Highly regarded as a pedagogue, he is a member of the editorial staff of The Clarinet magazine, contributing a regular column entitled “Teaching Clarinet.” Webster is a Buffet-Crampon USA artist, playing Buffet clarinets exclusively.

In 2009, along with colleagues Alan R Kay (Juilliard School and State University at Stony Brook), and Stephen Williamson, Solo Clarinetist in the Metropolitan Opera Orchestra, organized the Clarinetopia program, now just past its 2nd year with landmark success. 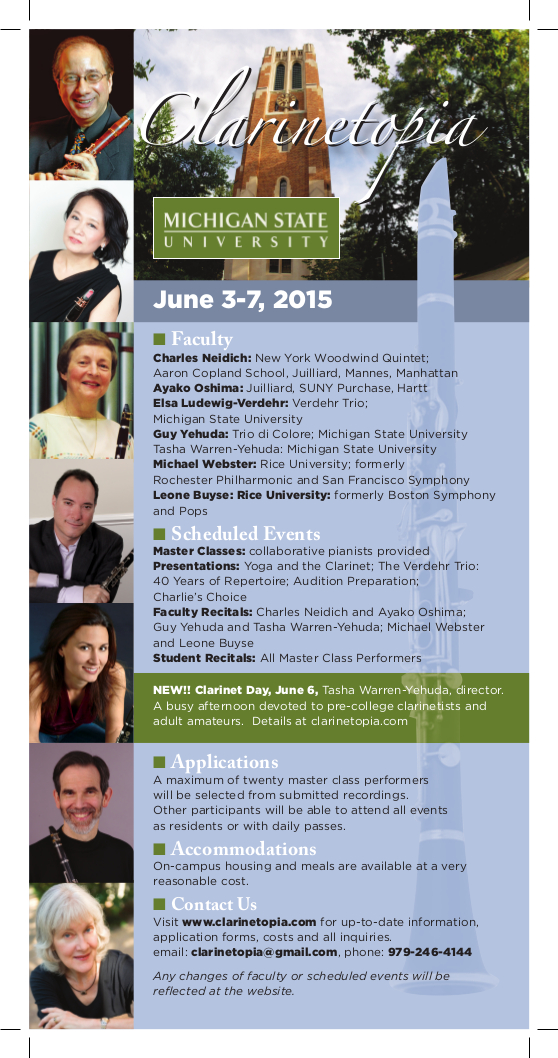