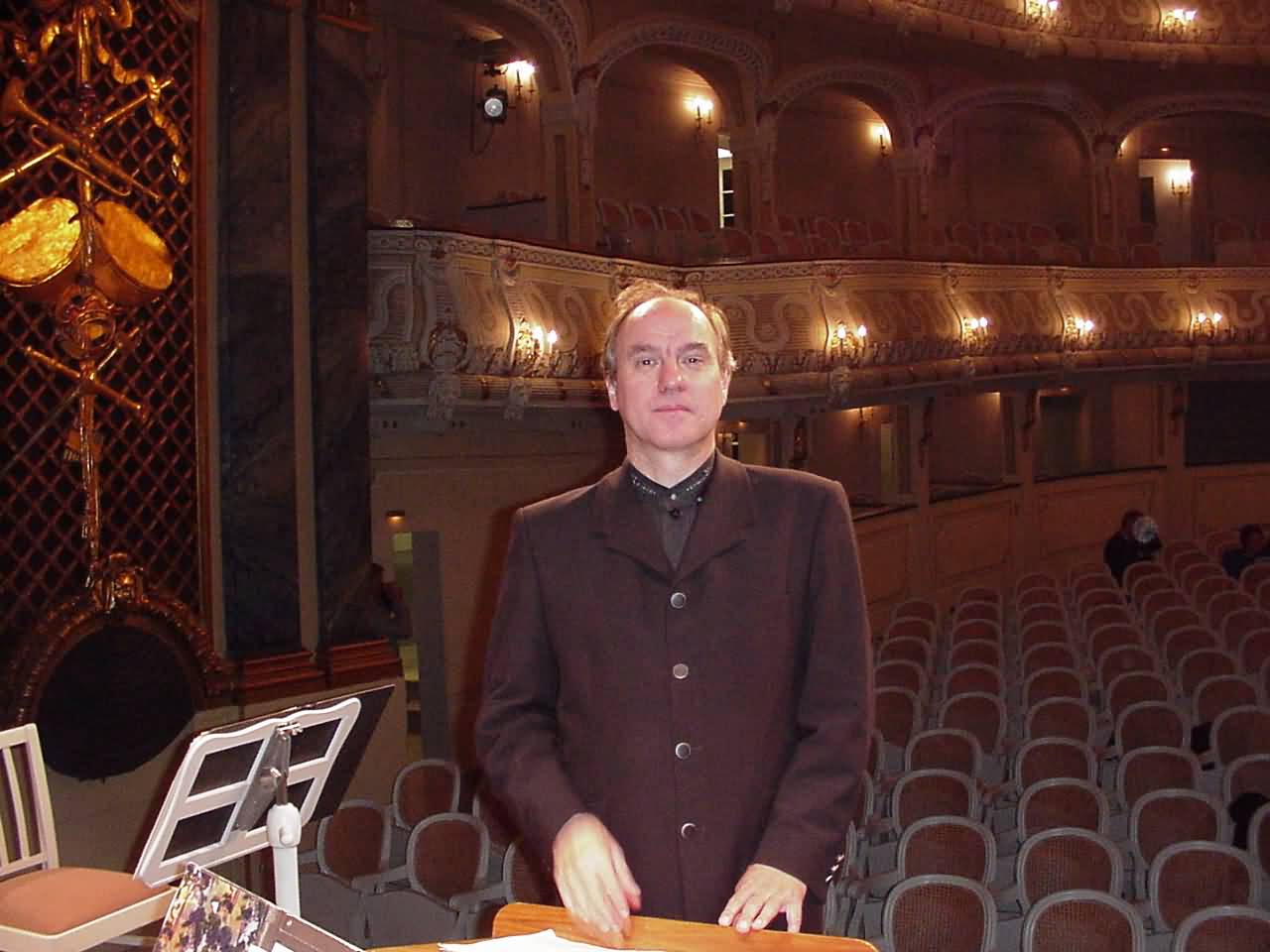 Wolfgang Meyer - Renowned Soloist and Chamber Music Artist;  Klarinettist in the Lucerne Festival Orchestra; member of the Blaserensemble Sabine Meyer and the Trio di Clarone and Professor at the Musikhochschule in Karlsruhe, Germany

A video Tribute for Wolfgang Meyer

Wolfgang Meyer, born in Crailsheim, Germany, studied with Otto Hermann in Stuttgart and Hans Deinzer in Hannover. Already in 1969 and again in 1971 and 1973, he received first prize at the national „Jugend musiziert“ competition. In 1974 he was awarded the Kranichsteiner Music-Prize, in 1975 he was prizewinner, with the Syriny Quintet, at the International Music Competition of the ARD in Munich. This was followed by first prize at the Competition of the German Colleges of Music in 1976, and first prize at the 1977 German Music Competition in Bonn. Since 1989 Wolfgang Meyer has been Professor of Clarinet at the Karlsruhe College of Music, from 2001 to 2007 he was director of this College of Music (Musikhochschule).

As soloist, Wolfgang Meyer places special emphasis on performances of contemporary works, including the many double concertos for flute and clarinet by Tiberiu Olah, Jean Francaix, Hubert Stupper, Peter Eötvös, and Edison Denissov.

Since 1996 Wolfgang Meyer has performed regularly with the Concentus Musicus under the direction of Nicolaus Harnoncourt. He also recorded the Mozart clarinet concerto with them for Teldec.

In the area of chamber music, Wolfgang Meyer works by preference in Trio di Clarone with his sister Sabine, in a trio with Hariolf Schlichtig and Rudi Spring, as well as in the Zemlinsky Trio. Moreover, Wolfgang Meyer maintains intensive partnerships with the Carmina Quartet and the Quatour Mosaiques, with whom he made a recently released recording of Mozarts Clarinet Quintet and Kegelstatt Trio on historical instruments for Astrée. In addition, Wolfgang Meyer has issued records on EMI, for whom he recorded the two Brahms Sonatas with the orchestra, on Amati, Bayer Records, Dabringhaus and Grimm, and Harmonia mundi France.

Since 2004 he has played in the Lucerne Festival Orchestra under Claudio Abbado.