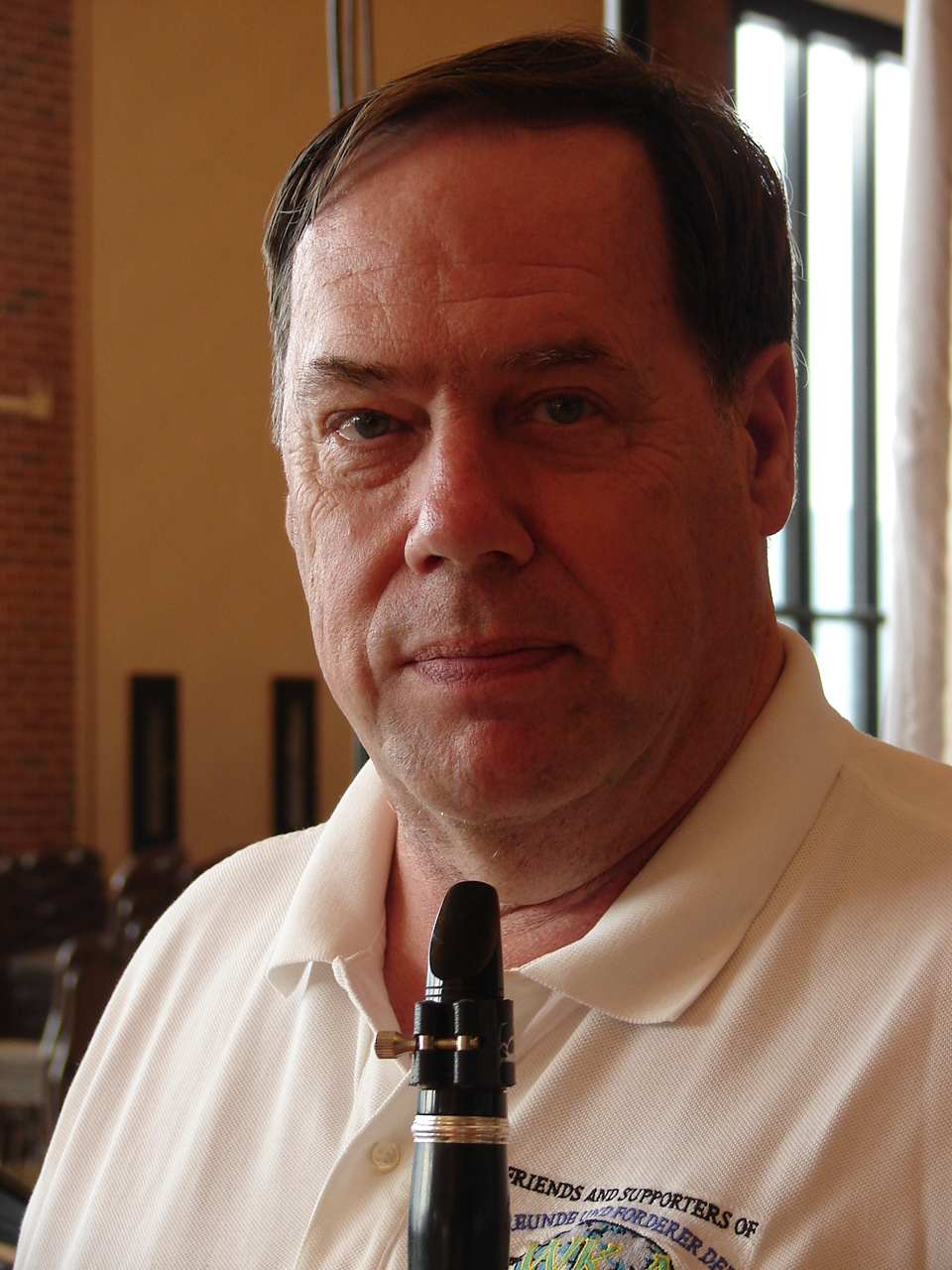 Welcome to the World Clarinet Alliance Official Site.     As you have noticed by the many Resource and News Pages, this has become a vital primary source of information for all levels of players and interests, and is intended to expand horizons and make possible vital advancements for all players, students and professionals alike, and give a truly International perspective on the Community of Clarinet Performance and Education.   I feel it is very necessary to check this resource often, as it provides current and new information not to be found anywhere else.  WKA is interactive with many Music Organizations, Military Band Organizations, Industry, Festivals worldwide, International Competitions, Master Classes, and the Academic sector.   For a complete list of Web Pages, they are contained on the WKA Website Directory.

As the membership is Free for everyone to join, this opens the Open-source communication opportunities to connect with other like-minded players and friends.   Because of Internet speed of current communication, anyone, from remote areas or across the overseas areas, can be actively involved in the Clarinet Community worldwide.   No Magazine is published as everything is downloadable, and one can print targeted information and create their own 'Magazine', free from Advertising, but substance information that can be used.  It is highly important for all teachers and Clarinet organizations to make WKA known to their students and members, as any other conduct would be a disservice to the students who are blocked from finding critical resource information that can ultimately affect their future access to opportunities.  Failure to reciprocately link a website should be an indicator that should alert the Clarinet Community to evaluate and reconsider membership affiliations. The purpose of WKA is to serve the entire Music and Clarinet Community, not itself.

WKA is available to everyone to communicate and inquire, and information to be shared with members is welcomed and encouraged.

Michael Getzin has a distinguished musical career spanning over four decades.  He is the founder and director of the

Mr. Getzin earned a Bachelor of Science in Music Education from the State University of New York at Fredonia and his Master

of Music degree in clarinet performance at the Manhattan School of Music. Post Graduate studies were taken towards a DMA in

as the primary influences on his musical career and philosophy.  Throughout his career, Mr. Getzin has established

and maintained close relationships with many clarinetists and musicians of international stature, including Stanley Drucker,  Karl Leister,

Army Band “Pershing’s Own”, at Fort Myer, Virginia, and the United States Army/Europe Band in Heidelberg, Germany.  As director

of the Lydian Chamber Players (1971-1983), he performed at many venues in New York City, including Lincoln Center, Columbia University,

and the New York Historical Society. In Washington, D.C., he has performed at the Corcoran Gallery, the Renwick Gallery, the White House,

and at the Phillips Collection for a nationwide broadcast on WETA. Many taped and live performances took place over WQXR, WNYC, WGMS.

As a professional musician, he has toured and performed extensively throughout the United States and Europe. From 1972-1983, Mr. Getzin was

responsible for creating a vast sound recording archive of solo performances by the eminent solo clarinetist of the New York Philharmonic, Stanley

Drucker.  During those years, Getzin produced hundreds of sound recordings whenever Drucker was performing outside of the New York

In 1980, Mr Getzin, along with many prominent Clarinetists, organized in conjunction with Catholic University, the Klar/Fest 81 (American

Clarinet Festival), featuring the finest Clarinetists including Stanley Drucker, Karl Leister, and several others, who performed over that 5 day

period consistent Lincoln Center Class performances to a saturate level for participants.  Involvement of the Washington Service Bands including

the US Marine Band and the USAF Band participated on campus, and soloists Druckers and Allen Sigel performed at the Jefferson Memorial in

addition after the festival finished. During this whole period, Mr Getzin was a member of The US Army Band (Pershing’s Own). Getzin has been

noted as the ‘father of the Klar/Fest’, which brought major changes of festival organization and total program concepts. Currently, his activities as

director of the WKA include administrating the organization, planning and promotion of programs, website design and management, artistic liaison,

and establishing musical links and outreach programs for the benefit of the emergent membership.  With his involvement with the WKA, Michael

worldwide. Many unknown quality festivals and activities have been made known through the WKA website indicating the

benefits for those who pursue excellence in their work to upgrade the entire Clarinet world.